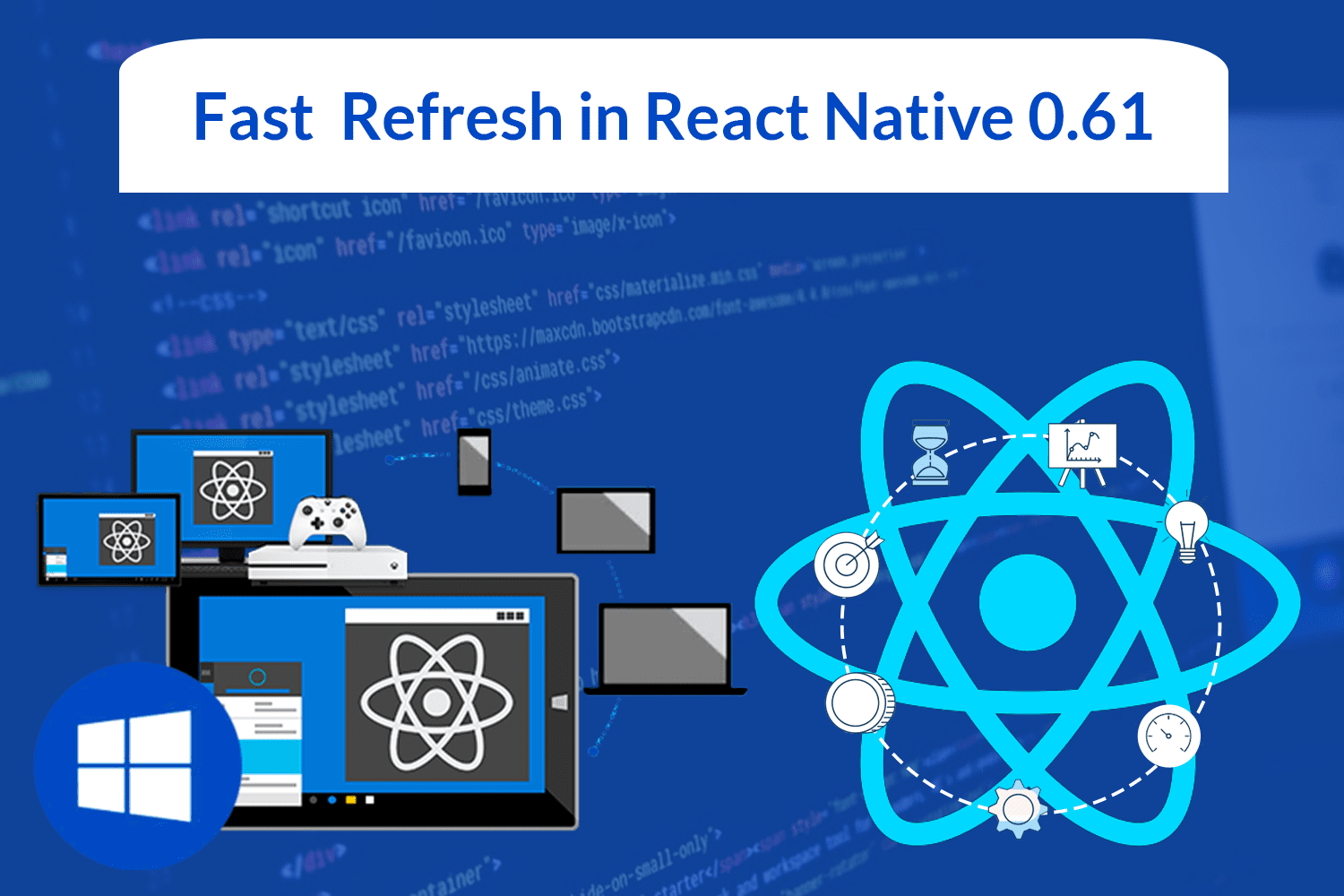 React Native eradicated the problem of coding separately for different platforms with the ‘Write Once, Run Anywhere’ (WORA) technique, thus making the process of mobile app development faster. Moreover, there were some nagging issues, but with React Native 0.61, the app developers will have a sigh of relief. In the fast-paced world, businesses are aiming to build a glitch-free app that runs seamlessly on multiple platforms and connects the target audience worldwide.
Constant evolution has become the nature of today’s tech-driven world. Thus tech organizations are doing every bit to keep their app developers updated with all the latest happenings so that they can translate that into their work. The increase in demand has made it a necessity for the app development companies to look beyond the native apps. Native mobile apps are prolific but can be just used in a particular manner. Going native way and developing the apps for different platforms is a time-consuming and expensive option that never lets the businesses get their idea built within budgets and time. That’s where cross-platform development is an ideal solution that ends up the need to separately code for each platform from scratch.
As per the release note here are the 3 major updates:

After reading all the 3 points you can understand what is new but in this post,

What’s more? React Native has realized them all and provided a solution to address all those problems in the form of React Native 0.61 Version.

The previous version of React Native had some default updates and support for Cocoapods, but it created a ruckus during the usage of frameworks. .CocoaPods integration by default is made possible in the 0.60 upgrades with some updates for implementing React Native in iOS projects, which need development with dynamic frameworks. However, it’s breaking the builds leveraging use_frameworks.

Apart from using the dimensions API in the majority of the cases, with React Native 0.61, the mobile app developers can opt for useWindowDimensions. The automatic updates will enable the app developers to work on the newest windows version and thus be compatible with all the changes. This new feature named Hook offers and subscribes to dimension updates. It can also be used in the place of the Dimensions API in most cases.

It provides and subscribes to new dimensions in an automated fashion. Also, in some cases, the hook can be used in place of dimensions API. The new version doesn’t support the UNSAFE_ lifecycle methods, includes improvements to act, and so on. The improvements suggested will help the app developers to come up with usernames that cannot be easily detected by the hackers and thus making the codes safe from any malware or suspicious activities.

By removing the xcodeproj, React Native 0.61 makes it possible for the app developers to integrate RN into iOS mobile apps. With the 0.60 version release, the auto-linking support with CocoaPods, and CocoaPods integration in e2e test runs are introduced. That’s why the support for React .xcodeproj is no longer required and it’s removed in the 0.61 upgrades. The subtle integration of RN into iOS apps will effectively depreciate the React. xcodeproj support so that the concerned file can be easily removed.

The existing “Live Reloading” and “Hot Reloading” features into a single new feature called “Fast Refresh” and it was made from scratch. It was anyhow high time for the react native development team to look into the issue of hot reloading and fix it with something smoother. The Hot reload function does not work properly with the Stateless Functional Components (SFC). With the fast refresh, the app developers have addressed the issue and made React Native competent with all the modern updates.

Some points that React Native Developers must know about-

Take a sneak peek inside at React Native’s continuous issues

However, Developers have agreed after some testing that Fast Refresh is highly reliable along with being flexible. We cannot say it’s easy to put react Native in a position where you need to reload manually. Fast Refresh works perfectly for both class components and functional components and some even believe it may update faster.
In this blog, we had discussed Those are all of the changes that you are required to make for all projects, however, there are a couple of other breaking changes that might affect some apps. You should read through the changelog to see if anything applies to your project. You should also go through the libraries you use to see if any upgrade is required.