WHY ANGULAR 2 OVER ANGULAR 1? 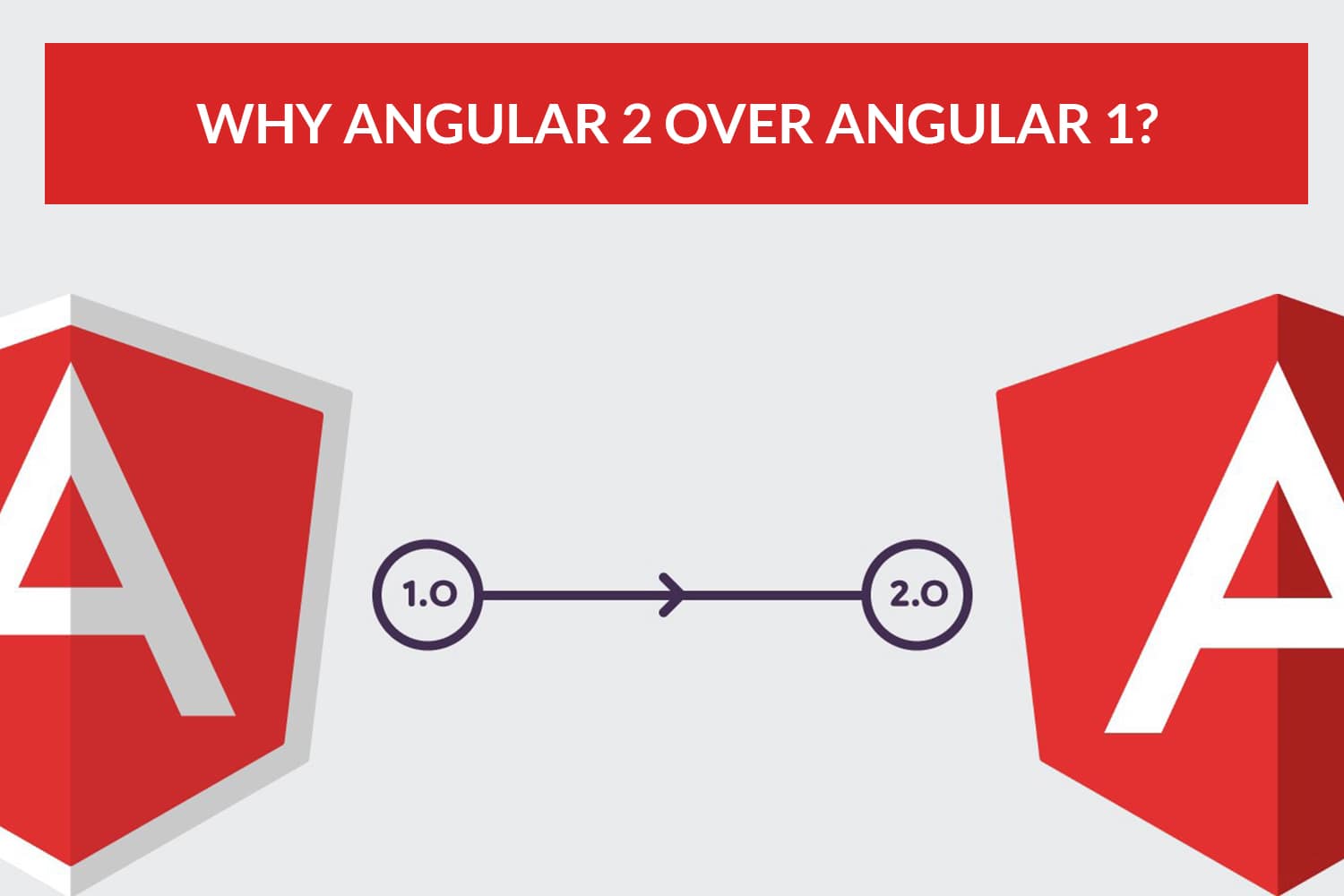 WHY ANGULAR 2 OVER ANGULAR 1?

The technologies that enable the rapid speed in the progress and on the internet trends, as requirement changes and developers build update versions with more advanced features of the software.

Why Angular 1 or Angular 2? There is no official right answer to this question. Let’s see the difference between Angular1 and Angular2

The Angular 1 since its evolution in 2009 has been a very fast and productive framework. Angular is a case in point, with wide updates in just a few years. Angular has open-source JavaScript frameworks, with the enthusiastic support and widely spread adoption among both enterprises and individuals. As a result, Angular has evolved from the AngularJS version 1 to Angular version 2 and now the latest Angular version 4, all in just five years.I like to tell how Angular 1 to 4 features impact on your application performance, scalability, security. Keep reading to find out why Angular2 over Angular1. We’ll give you an in-depth comparison so you can understand the differences and make an informed decision.

Angular1 vs Angular2
Angularjs 2 entirely rewritten compare to 1 and it’s a significant structural change. There are few upgrade possibilities of 1 to 2 and most of the cases only suitable possible options are to rewrite the application in Angularjs 2.

Angular1 vs Angular2
Angular1  application build on Javascript and Angular 2 comes with Typescripts which is a superset of Javascript that helps developers to write more structured code. Angular enabled you to see information changed in JavaScript about consequently the UI. Language choices as ES5, ES6, and Dart are support by both Angular 1 and Angular 2. In Angular 2  you can write in TypeScript whereas Angular 1 does not support TypeScript. Typescript is an additional step in Angular 2 that is a great way of scripting JavaScript.

TypeScript is an extension of ECMAScript, in fact:
TypeScript = ES6 + Types + Annotations
TypeScript means the new Angular is also likely to be popular for .NET developers. A TypeScript is a form of JavaScript which knows types and classes and can be compiled to JavaScript. It is an open-source. TypeScript includes several aspects of object orientation such as inheritance and interfaces. Angular2 uses TypeScript, the functionality of TypeScript and its libraries can be used. Angular is just a framework that couples different features. Other libraries can easily be used. Because it has a connector in TypeScript you can use the MongoDB interface.

AngularJS was originally developed for designers, not developers. Although there were a few evolutionary improvements in its design, was not enough to fulfill developer requirements.

By providing features like 2-way binding, AngularJS shortened the development effort and time-frequency. However, processing on the client-side, page load was taking considerable time. Angular2 provides a better structure to more easily create and maintain big applications and a better change detection mechanism. Angular 4 is the fastest version yet.

Angular implements unidirectional tree-based change detection and uses the Hierarchical Dependency Injection system. This significantly boosts performance for the framework.
The later versions, Angular 2 and Angular 4, have been upgraded to provide an overall improvement in performance, especially in speed and dependency injection.

No doubt Angular is one of the most popular web application frameworks out there today. It powers countless web apps in the wild and has cemented its fame as the front-end part of the extremely popular MEAN stack. We are an established Angular.js Web Development Company in India helping clients globally to define a robust architecture for Angular.js projects. If you need any help with the next web or native mobile application, please don’t hesitate to contact us.