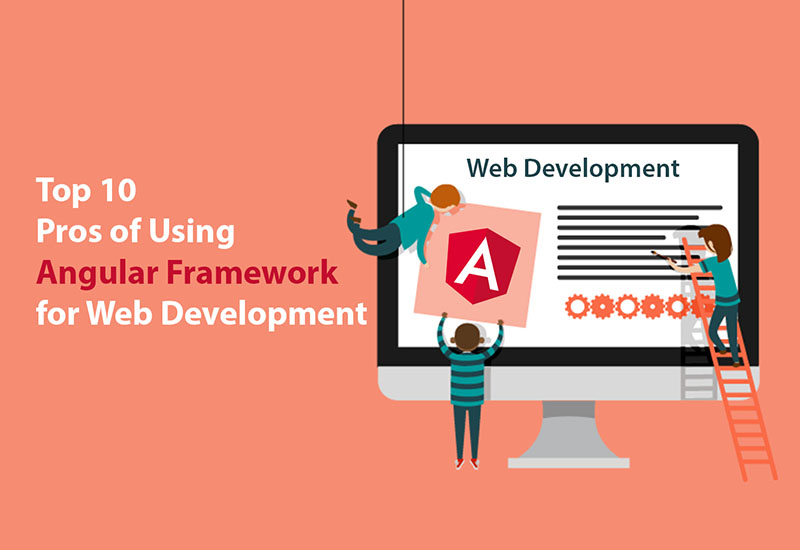 As a comprehensive frontend tool with components that help people develop easy-to-use, readable, and maintainable code, Angular is highly recommended. It aids them in providing rich user experiences, as well as speed, accessibility, and overall productivity. Currently, JavaScript frameworks like Angular use MVVM design and are therefore preferred. It aids in the development of interactive mobile and online applications with declarative user interfaces, a modular structure that supports single-page applications (SPAs), and consistent code.

What is Angular Programming?

Angular Framework for Web Development that employs the TypeScript programming language, which is built on JavaScript. When it was first released in 2010, it took the developer community by storm.

Looking back in time, the Google team created the inheritor to Angular JS or Angular in 2016. Angular 4 would be able to run Angular 2 projects without any issues.

With the revisions, Angular 6 was introduced with an emphasis on the toolchain rather than the framework, allowing it to run faster with Angular in ng-addons, ng update, decorator, CDK Components, Angular Elements, metadata, CLI command reference workspaces, v6, and other types.

Dynamic imports for sluggish routes, TypeScript 3.4 support, differential loading for entire application code, and Angular Ivy as an opt-in preview were among the features included in Angular 8. Angular Universal is a server-side rendering (SSR) mechanism for converting an application to HTML.

Angular 12 is the most recent version.

On May 12, another version of Angular – Angular 12 – was released, bringing the vision of “Ivy everywhere” one step closer. The Angular team built Ivy, a next-generation compilation and rendering pipeline. It provides a foundation for speedier AOT (ahead of time) compilation.

Angular Version 12 provides the following benefits in addition to addressing hundreds of bugs:

Let’s get down to business and consider when using Angular for web development is a good idea.

The following are some of the top 12 reasons why an organization should use Angular Framework to create its website pages and apps.

Ivy became a standard compiler and runtime for Angular apps with the Angular 9 upgrade. Tree-shaking is one of Ivy’s most intriguing qualities. It refers to the rendering stage’s component tree, which removes superfluous code chunks, making applications smaller and faster to load. This can reduce the size and enhance the performance of huge applications. It’s also backwards compatible: Your existing applications will be rendered with Ivy without any further effort after the Angular release.

These are the most important top reasons to hire AngularJS engineers, and why Angular has dominated the front-end market for years. AngularJS has been used as the foundation for a number of frameworks over time. Some are used for designing, while others are used for SPAs, complicated applications, and even testing.

The Angular framework can handle DOM (Document Object Model) modification and can be used in conjunction with element traits, jQuery, and JavaScript in the inner HTML. As a result, as compared to other frameworks, web apps might load faster. Angular offers a number of advantages to developers, which is one of the main reasons why some of the greatest firms in the world use it for their projects. This strong platform is used by the likes of YouTube, Crunchbase, Blispay, Udacity, and Google Cloud. If you’d like to be a part of the development of this client-side framework that supports different platforms, supplements services with a critical function, and uses it simply with dependency injection, please contact us.